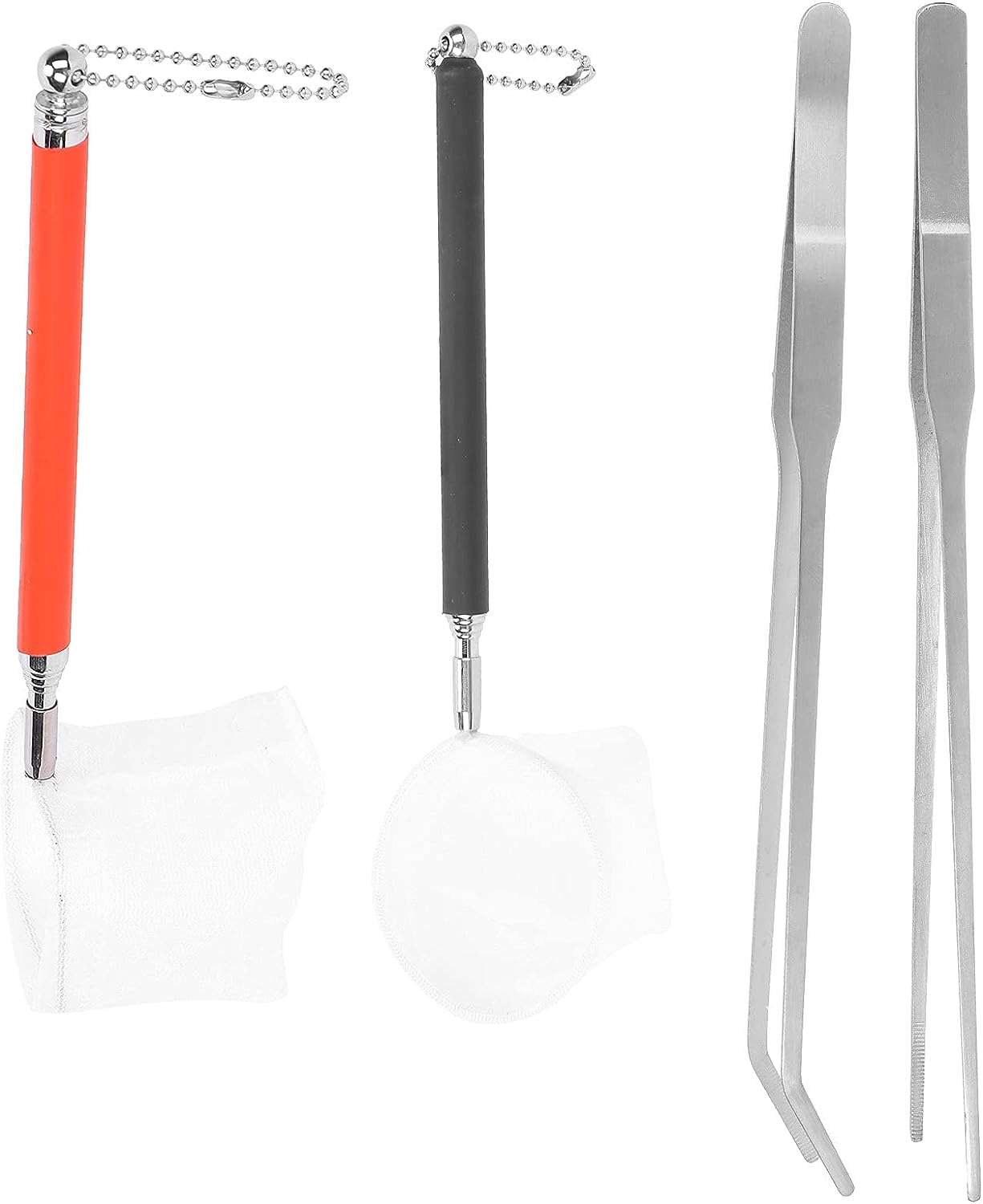 Feature:
1. Small mesh fishing net + stainless steel tweezers can effectively maintain the water quality of the aquarium and the hygiene of the fish tank.
2. The quantity includes two retractable fishing tools, a straight tweezer and a curved tweezer, which solves the problem of daily replacement.
3. Made of high‑quality materials, non‑toxic, it can ensure the safety of the fishes when used.
4. The handle made of stainless steel has the characteristics of wear resistance, corrosion resistance, non‑slip, and comfortable holding.
5. Retractable design, the length is long enough for you to fish for long distances, and it can be easily carried and stored easily.


Note:
Fishing net is not suitable for catching big fish and shrimps.