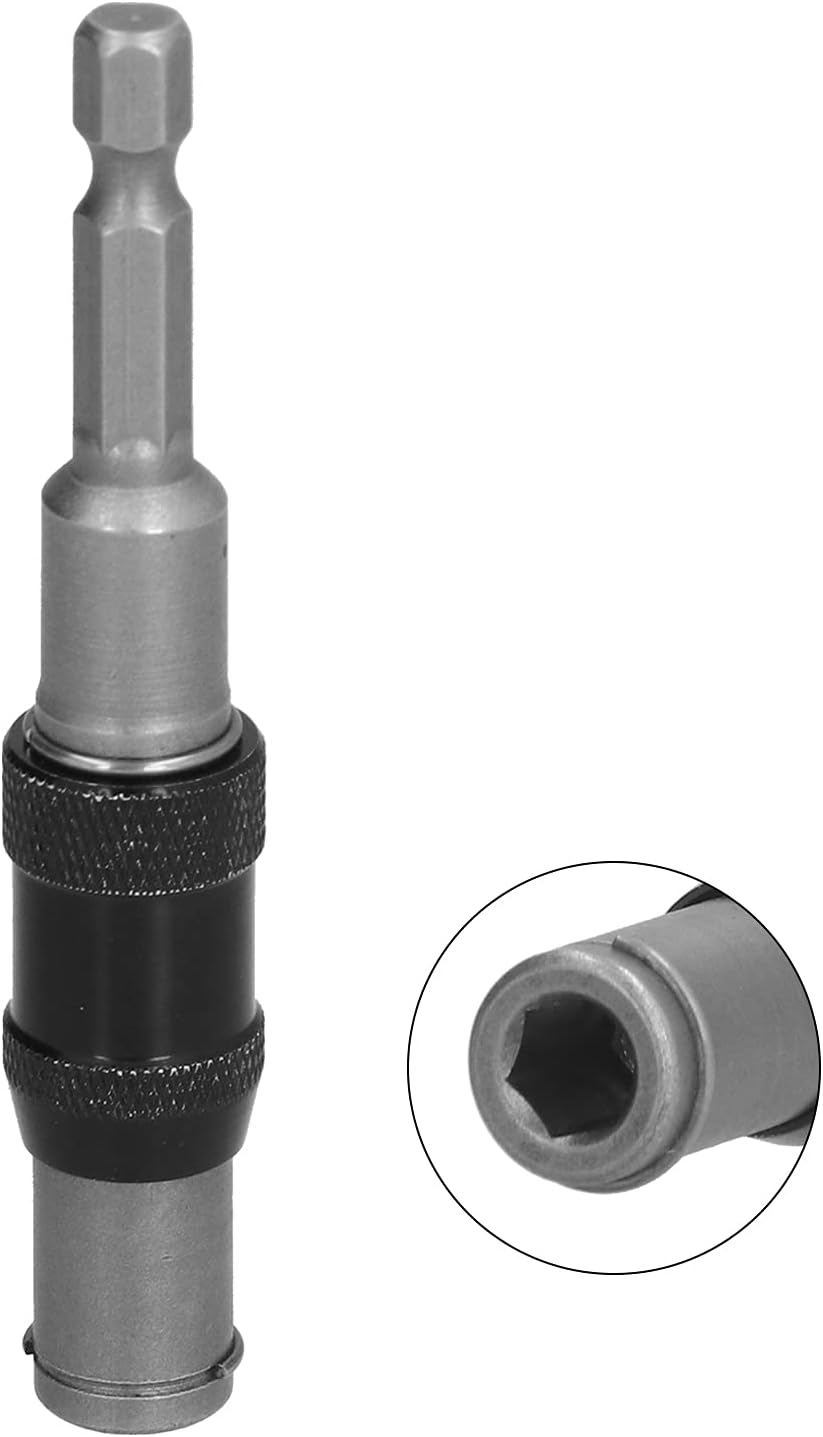 Feature:
1. The bit extension rod is used to connect to the chuck and other tools to help install and remove the drill bit.
2. The interface has locking mechanism, built‑in strong magnet, and automatically ejects the bit.
3. Made of chrome vanadium steel, with high hardness and large torsion, it is not easy to deform after long‑term use.
4. With a standard 1/4in hex handle, the connection is firm, and it is not easy to fall off after installation.
5. Suitable for electric drills, screwdrivers, etc., expanding the scope of use of various drills and screwdrivers.

Note:
This extension rod can only be installed with single‑end bit, not double‑end bit.